a War to Restore 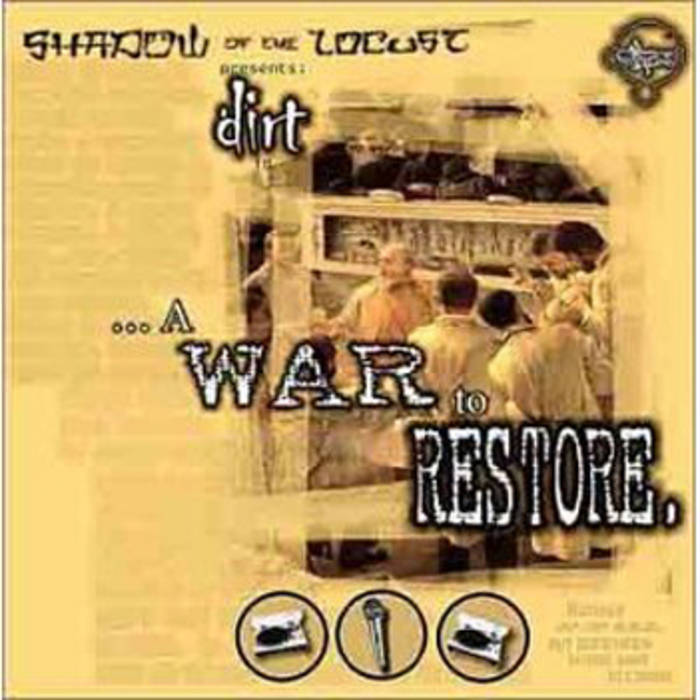 Dirt's second Project. This album received rave reviews (check the iTunes comments alone) for it's powerful emotional authority set in a hiphop landscape. Dirt was seen as obviously grown and maturing in Rap's game, refusing to stay the same or settle for a repeat of the first.

Don't get it twisted though. This doesn't mean you shouldn't expect the same stylized vocal presence that is unique to Dirt. On this album you get the same rough, underground flow that smashes the mainstreams perception of music, and in addition, an emotional MC that dives into his own psyche to deliver some awesomely deep and moving songs.

The lyrical content is very sincere, revealing and heartfelt, laid over production to match. Famed guitarist/musician, Jesse Sprinkle, surprisingly shows up to add the engineering presence which sends the entire project into an exciting state that melds genres while staying true to Dirt's passion as a Hiphop purist.

Many artist feature on this album, of course, representing the 'Shadow of the locust' banner with the quality and credibility we've come to expect from the crew. At the same time, Dirt definately holds his own on this highly memorable project that should NOT be slept on.